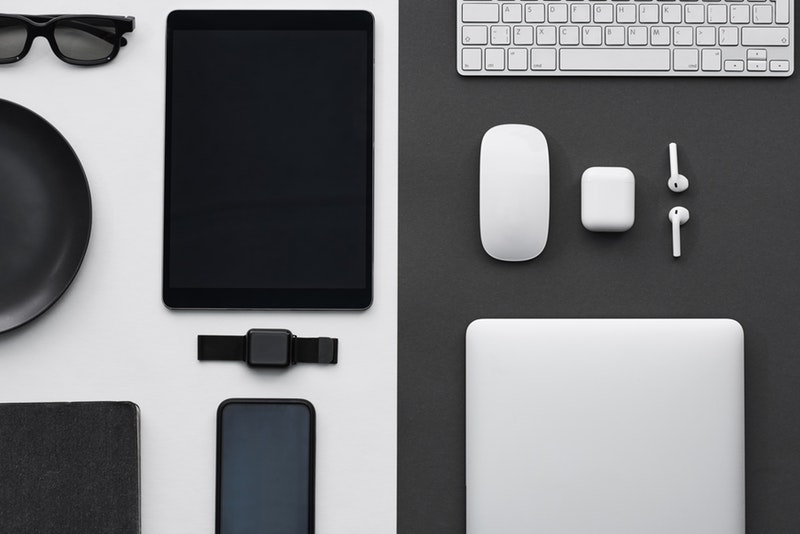 Black Friday is the perfect opportunity for everyone to stock up on great tech and gadgets. Or is it? Could it also be signal to hold on to hard-earned cash and remain in the black for a while longer? High-ranking business executives may be just as interested in avoiding over-hyped discretionary expenses as anyone else. After all, a  penny saved is a penny got, as the original saying goes.

In the US alone, the end of month commercial event known as Black Friday brought in $6.22 billion, followed by the $7.9 billion in online sales revenue in 2018, according to Adobe Analytics. It should come as no surprise that the heavy artillery of marketing departments across the country will be firing on all fronts this year as well. Smart IT gathers some food for thought about the upcoming event and the smart alternatives to beat the propensity for unwanted shopping.

TechRadar identified that when it comes to picking a high-end mobile device, business executives do not stray far from the general public. Though the pick often leans towards flagship models, the pedestal is often divided among Apple, Samsung, Google and a few other popular contenders (OnePlus anyone?).

If there is anything significant this year, it would probably be the notion of a foldable phone. The idea certainly has a lot of appeal for multitaskers, yet 2019 is also the year the concept came crashing down in a blaze of fire.

Numerous smartphone models went on to show the technology behind the folding screen is not perfect just yet. What end users got in reality differed greatly to what was shown at product demos. As such, the looming price drop during Black Friday should not justify the purchase of a foldable device. Eventually, mass adoption will cut the price tag in half anyway.

The smart alternative: Avoid the trumpery and simply wait. If it’s a foldable phone you want, the underlying technology is bound to get better. On a side note, LG has already unveiled concepts of an expandable screen phone, sans clunky parts and bulky dimensions. Now this could be something to get excited about.

According to Bob Colwell, former Chief architect at Intel, the much talked about Moore’s law will soon cease to be relevant. Its principles, wherein computing power doubles roughly every two years, will reach an almost vertical curve point between 2020 or 2022. After all, Moore’s law is best viewed through the prism of economics, rather than technology. And while we are perhaps still a ways off from a quantum computing revolution, we may well be on the ebb of a pricing revolution in the PC industry.

In recent news, Asus beat out Acer for the title holder of the company with the world’s lightest notebook. At the same time, acclaimed PC developer Apple has distinguished itself with great reviews for the  MacBook Pro line-up this year. Notably, the 2019 Pro series features a USB Type C charger compatible with plane sockets, according to tech reviewer Dave Lee.

With more and more such alternatives, US outlets have already opened their coffers to collect on the shiny tech that solves consumers’ problems.

The smart alternative: If there’s anything to mull over, it would be the notion of weight. The less cumbersome the tech, the better for the nomad executive. Anything that unifies the gadget ecosystem under one cable bundle and knocks a few quarters of a pound off the carry-on is also a lifesaver. With that in mind, there might be more sense in looking at a few lightweight business backpacks as an alternative to the heavy investment of a new ultrabook and the headache of  juggling all the paraphernalia.

There’s no argument that when it comes to audio, the earphones, as opposed to the headphones, are a clear winner. The portable size, lightweight corpus and noise cancellation features make them the go-to option for  both conference calling and casual chatting. The downside? Well, with noise cancellation enabled that battery life hardly ever lasts.

Reports show that prolonged use of noise cancellation can cause distress in the form of headaches or dizziness. No one is truly prone to the effects of anti-noise, and everyone experiences it differently. If there’s anything else apart from this feature that a smart consumer might look for it would be the overall battery life and water resistance for gym hours or when you leave the umbrella at home.

Speaking of home, executives often find themselves far away from it. Frequent travel is part of the job description and the time on the road is great to get work done, catch up with interests or unwind. Even though books are, hands down, the best way to pass away the time, no one can, after all, do without the audio gadget either.

The smart alternative: If travel is a major of the work life routine and escaping the pandemonium is the goal, nothing beats a simple pair of earplugs. There are even reviews for the best ones out there. Instead of cancelling noise with negative frequencies (which still counts for noise), isolate sounds altogether. Apart from giving you a pleasant distraction from the surroundings, it’s also provides for a great opportunity to focus on the thoughts inside your head. Better yet, it’s the perfect way to nap when on the move and your ears will love you for it.

Streaming services are giving each other a run for their money with what has been dubbed the Streaming Wars. Companies like Disney, Netflix, Amazon and Apple are competing for the eyes and hearts of both millennial and Gen X viewers. With Black Friday on the doorstep, online streaming services will be just as likely to cash in on the holiday event as will the offline retailers.

Rest assured, there are plenty of lucrative deals to entice audiences. Hulu, for one, managed to devise a discount strategy for loyal subscribers from previous year’s event. In the end, there is no denying that bargains in streaming could seriously dominate personal time, including time spent on learning and improvement. Even the television averse executive will find it hard to not take a sneak at the phenomenon of streaming, now more omnipresent than ever.

Not all of television is strictly intrusive and unwanted, however. At some point shows like Sesame Street reached a major milestone in educating a whole generation of children. National Geographic and Discovery brought an educational thrill to AV entertainment. Even short-form tech reviews do more to educate, all the while managing to amuse. Since the dawn of television, the visual medium has always been permeated by something that could benefit everyone, even recreationally.

The smart alternative: To make more productive use of time spent binge-watching, the pick can instead fall on more education-centered content. CuriosityStream is a great example of this kind of material. The platform delivers documentary content on developing technology, life and natural sciences, ancient and modern history. Composed in a fact-rich and research-based manner, the service is backed by Discovery Media founder, John Hendricks, and numerous academia. The service is but one of several, that Smart IT finds more conducive to recreational self-improvement.

Call it a (Black Fri)day

There is no shielding yourself from the ads and promotions rolled out for the holidays. Marketing departments across the country will use all their creative juices to make customers acutely aware of their materialistic cravings. The smart executive owes it to themselves to desist acts of compulsive shopping, however good the ads make them feel. Hopefully, this guide lends a helping hand in doing just that.